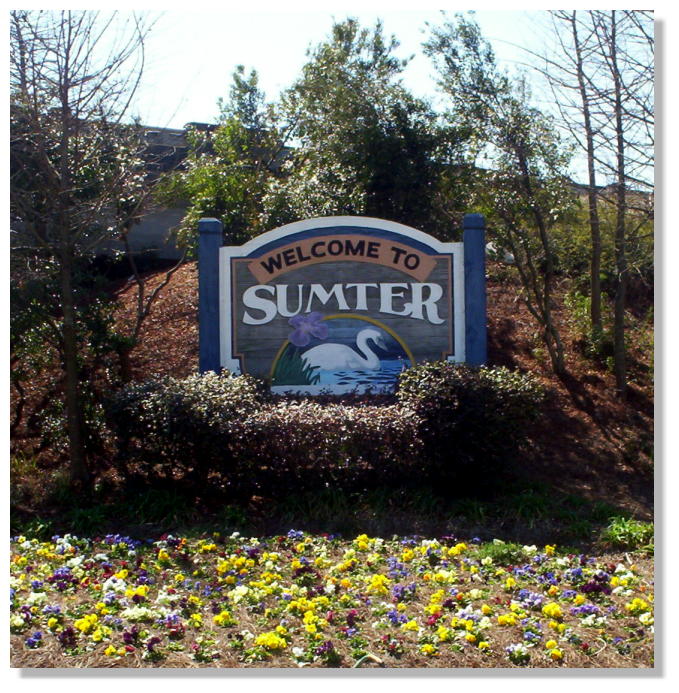 Sumter, South Carolina is known as the "Gamecock City" with the motto "Uncommon Patriotism".  During the 1740s, settlers arrived to establish roots along the banks of the Wateree River. The "Carolina Backcountry," as it was then known, became a predominantly agricultural area called Craven County, later Claremont County.

Today, the city retains its status as a major hub, both for industry and infrastructure. In modern times, the city has taken on additional dimension as a center for business culture and finance, as its rich historic homes and military support come together to form a destination for the east central portion of South Carolina.